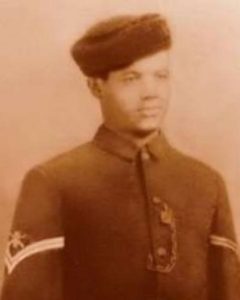 Born on September 16, 1869, in Hagerstown, Maryland, William Othello Wilson was an African-American corporal in the United States Army’s 9th Cavalry Regiment. He is noted for having received the Medal of Honor. Wilson was one of the best marksmen in his unit and quickly rose in rank to corporal.

Wilson’s unit was involved with patrol duties during the Ghost Dance War with the Sioux. The day after the Wounded Knee Massacre, with D Troop and a supply train of wagons surrounded by about fifty Sioux warriors in the early morning of December 30, 1890, Wilson volunteered to carry a message to the Indian agency of the Pine Ridge Reservation two miles away after the Indian scouts refused. After leaving the wagon circle, he was pursued by the warriors but outran them and alerted the other troops at the agency to rescue the stranded soldiers.[2] He earned the Medal of Honor on December 30, 1891, for bravery in volunteering to successfully carry a message to the Pine Ridge Indian Agency in South Dakota.

In 1893, during a trip to represent his regiment in an annual marksmanship contest in Nebraska, he did not return to his regiment. He kept his Springfield carbine and Colt revolver and the Army did not pursue him.

Wilson returned to civilian life in Maryland, working as an upholsterer, a cook, and a carpenter; he married and had seven children.[5] Wilson died on January 18, 1928, and is buried in Rose Hill Cemetery, Washington County, Maryland. 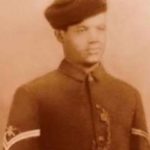 Born on September 16, 1869, in Hagerstown, Maryland, William Othello Wilson was an African-American corporal in the … END_OF_DOCUMENT_TOKEN_TO_BE_REPLACED 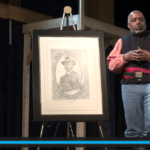 Watch a video excerpt from Tim Hodge’s recent portrayal of Martin Delaney. The event was held at the Embassy Theatre in … END_OF_DOCUMENT_TOKEN_TO_BE_REPLACED 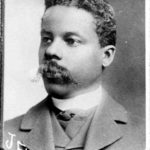 Join us on Saturday, February 19, 2022, at the Washington County Library in Hagerstown, Maryland, and learn about the … END_OF_DOCUMENT_TOKEN_TO_BE_REPLACED